Our client is a self-employed contractor. He had lined up a 6-month long remodeling job at a Portland, Oregon apartment complex and was looking forward to a half year of steady work. Shortly before the job began, he was sitting at a red light downtown when he was rear ended by another driver. He suffered serious back and neck injuries and his doctor prohibited him from working while he was recovering and receiving treatment. Because he was unable to work, the remodeling job was not delayed but was given to another contractor. 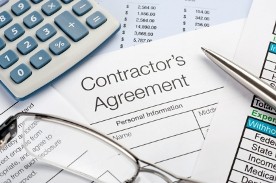 Our client lost $30,000 of income in the few seconds it took an auto accident to happen.

Being self-employed is challenging in the best of times but especially so when you are unable to work. Our client filed a claim with his insurance company for his lost income. They responded with an offer of only $5,000. As that was extremely unsatisfactory to our client, he decided to hire an experienced auto accident personal injury attorney who could help him recover his lost wages.

As soon I took his case, I gathered all of the information necessary to prove that his lost income added up to $30,000 and submitted that to the insurance company. They still refused his claim. I didn’t stop there, of course, but filed a lawsuit for his injuries and his lost income. After filing the lawsuit, I took my client’s deposition – basically establishing a legal record of the facts in the case – and the court ordered mediation for his case. During the mediation process, we were able to negotiate with the insurance company and they finally offered him all of his lost wages plus compensation for his medical expenses and pain and suffering. Our client was extremely happy with the results.

If you’ve been injured and are losing wages because you can’t work – even if you’re self-employed – we can help. One of our expert Personal Injury Attorneys will be happy to discuss your Oregon Personal Injury case with you. Call us now: 541-617-0555