Our client in this matter was an out-of-state visitor to Oregon. He was severely injured while driving his vehicle in Medford. As he passed through an intersection on a green light, another motorist, illegally running a red, entered the intersection and collided with the side of our client’s vehicle. This “T-bone” accident seriously injured our client, who received limited medical treatment in Medford, Oregon, before returning to his home state. 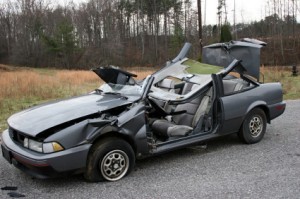 Due to the severe nature of his injuries, it took our client almost two weeks to return home. During this trip home, he received treatment for his accident-related injuries in several other states. Once safely back at home, he was unsure how to handle the Oregon claim, so he called the experienced Medford auto accident attorneys at Dwyer Williams Cherkoss PC to counsel and represent him in this Oregon car accident injury claim.

We quickly got to work collecting our client’s medical records, reports, and bills from the various places where he had received treatment for his accident-related injuries on his journey home from Oregon. We were able to thoroughly discuss his case over the phone with him and as soon as he had completed his treatment at home, we sent out a demand package and began trying to resolve his complicated case.

After several rounds of negotiations, this case settled for a fair value much to the satisfaction of our out-of-state client.