Oregon has strict workers’ compensation laws in place to protect nearly all workers, with the exception of casual workers, domestic workers, police, firefighters, and railway, airline, and shipping workers.

The law covers all workplace injuries and illnesses, including mental illnesses, and the compensation may include both medical costs incurred and loss of income.

However, in certain situations, workers’ comp claims may be denied in Oregon. The Oregon Workers’ Compensation Board deals with any disputes emanating from a denial of a claim. 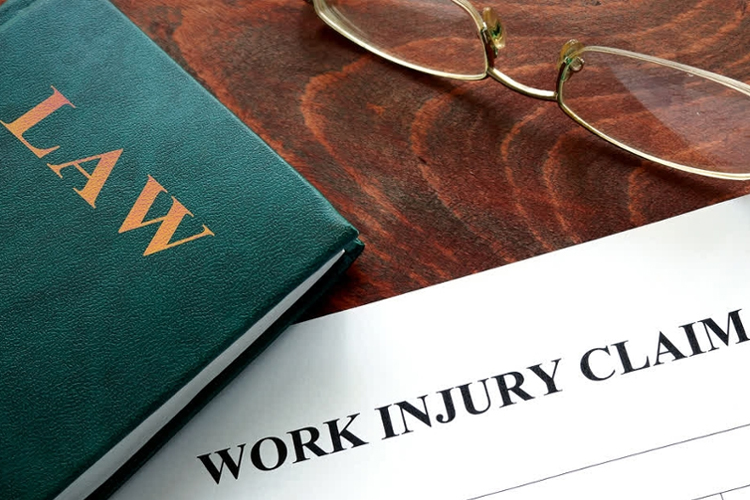 The insurance company and the employer both stand to gain if a workers’ compensation claim in Oregon is denied.

An employer would not like their insurance premiums to increase because of a valid claim, while the insurance company would directly profit if they don’t have to pay the claim. Therefore, they will look for any opportunity to deny a workers’ compensation claim in Oregon, if they can.

Here are some of the key reasons why the claim may be denied:

1. Your Claim Application was Late

Late application is one of the common reasons for an insurer to deny a workers’ comp claim in Oregon. A late application that comes after a worker gets fired or quits voluntarily would particularly become a subject of insurer’s suspicion.

The insurer could view the delay as an opportunity to argue that the injured worker is not truthful about the extent or nature of their injuries.

To prevent the insurance company from using the delay as an excuse for denial, an injured worker should ideally submit their workers’ compensation claim as soon as possible after a work-related injury.

In Oregon, to be eligible for workers’ compensation, the injured worker is required to report the injury to their employer within 90 days of the workplace accident. In case of an occupational illness, the worker must report it within one year of discovering a connection between the illness and their work.

If the worker misses the deadlines for reporting, they could lose their right to collect workers’ comp benefits. To ensure smooth processing of a claim, it is best to report the workplace injury as soon as possible.

Oregon law requires the worker’s notice about the injury to be provided in writing. Injured workers typically complete Form 801 (Report of Injury or Illness on the Job). The form can be obtained from the employer, or downloaded from Oregon Workers’ Compensation Division website.

On top of this, the worker can provide a written and signed notice, which should explain when, where and how the injury occurred.

2. Absence of Any Witnesses

Following your work injury in Oregon, you or your legal representative should identify and contact any co-workers or other people who may have witnessed the accident.

If you have no third parties that could corroborate your version of how the accident occurred, it gives an opportunity to the insurance company to claim that the accident did not take place the way you have described, and they deny your claim.

If the accident happened when you were all alone, you cannot change that fact. But you can still strengthen your claim by hiring an experienced Oregon workers’ compensation attorney and seeking the professional opinion of a doctor who can verify that your work injuries are consistent with your version of how the accident occurred.

3. The Insurer Claims You Contributed to Your Injuries

Your workers’ comp claim in Oregon could be denied if you did something to contribute to your accident. For instance, if you were intoxicated at the time of the accident, the insurer might deny your claim because your intoxicated condition may have led you into the accident.

Sometimes an obvious or reckless disregard of prescribed safety rules or a failure to use safety equipment could also be used as an argument to deny the workers’ comp claim. These issues can be debatable and you would need legal advice from a skilled and motivated workers’ comp lawyer in Oregon to pursue your claim in such cases.

4. The Employer Disputes Your Claim

In some cases, the employer could try to find discrepancies in your version, or try to claim that your injuries are related to a pre-existing condition, and did not arise due to the workplace accident. The employer could also sometimes argue that your accident does not fall within the scope of your employment.

Following a workplace injury, your best approach would be speak about the accident only with individuals who are directly involved in the claims process. It may go against you if you share your story with co-workers, who might misunderstand or forget what you said.

The insurer or the employer could later take advantage of the varying versions that others might provide about your accident. You should let your Oregon workers’ comp attorney speak for you and interact with the insurance company and your employer as needed.

Oregon workers’ compensation law allows you to choose your own physician or select one from the insurer’s managed care organization. During your first medical appointment, the physician must complete Form 827 (Workers’ and Doctor’s Report for WC Claims) and submit it to the insurance company.

You must provide accurate and complete information to the doctor about how your injuries occurred and what kind of symptoms you may be experiencing. The insurance company will heavily rely on your initial medical records to evaluate your claim.

Either exaggerating or downplaying your symptoms during your doctor appointments could eventually result in a denial of your claim.

Although you may feel that seeking your medical records is intrusive to your privacy, the insurance company in Oregon has a right to look at your medical documents related to the accident. They also have a right to obtain information about any pre-existing medical condition that could impact your claim.

If you fail to fulfill such paperwork requirements, the insurer could use it as grounds to deny your workers’ compensation claim in Oregon.

Appealing the Decision in Oregon

If your Oregon workers’ compensation is denied by your insurance company, you have to right appeal and have the state review the decision. However, you will only get a short period from the date of the claim denial to make this appeal.

Sometimes you may have to pursue your case right up to a formal courtroom. When you bring the case in the district court in Oregon, the judge will review the whole case with fresh eyes. Should you finally win on appeal, you will also receive interest on the judgment.

Importantly, you should remember to file your appeal for hearing within 60 days from the date on the insurer’s denial letter. (Exceptions with “good cause” are possible, but the scope of exception is extremely narrow).

To file your appeal for hearing, you are simply required to send a letter to the address that will be provided in your denial letter. Choose a reliable and judicious Oregon workers’ comp attorney who can assist you in filling out the hearing request form with a clear focus on the issues on which you are appealing.

Get in Touch with an Experienced WC Denial Attorney in Oregon

While the law in Oregon entitles you to appeal a workers’ comp denial, it is not a simple procedure. The insurance company will contest the appeal and would be aggressively prepared with their side of the argument.

Dwyer Williams Cherkoss is a pre-eminent workers’ compensation law firm in Oregon. Our compassionate and proven attorneys can give you legal advice on the appeals process and provide you a strong legal representation as may be necessary at the appeal hearing. Call 1-800-285-8678 to schedule a consultation today.

Let’s hear your side of the story!